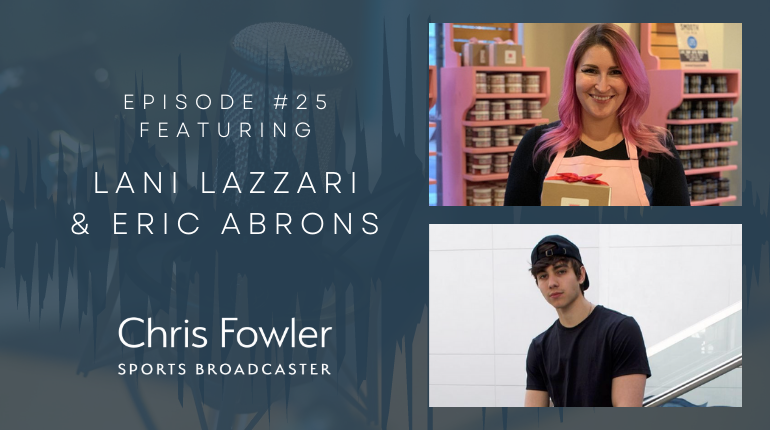 To go or not to go? That is the question that millions of young people are now pondering, when it comes to college. And reports say that a growing number are deciding to ignore conventional wisdom and bypass the “traditional” route.

Two companion episodes of “Fowler, Who You Got?” explore various angles of this topic with five thoughtful guests. Part One features two impressive young people who are carving their own paths, opting out of college to start businesses and educate themselves. Part Two features three guests who’ve made college work for them, used their years on campus in fulfilling, creative, and successful ways.

The question of college used to be a no-brainer for most teens who were fortunate enough to have the opportunity to pursue that diploma. Generations have had it drummed into their heads that a degree is essential to their success. Plus, they’ve been told that college will be “the best years of your life.”

Guests in these episodes will challenge those notions and share their ideas about what success means to them.

Now, for me, it WAS a no brainer. Both my parents were college professors, who earned Masters degrees. My dad studied in Scotland as a Fulbright Scholar. Education was sort of the family business. Conversations about the joys and frustrations of academia happened almost daily in my family home.

College made sense to me. I thought I needed a journalism degree to pursue the career I chose for myself when I was a ten year old. And I used college like a trade school: acquiring the specific skills I needed. I took every opportunity for extracurricular activities in media that I could. I worked a bunch of part time jobs (newspapers, TV stations, a PR firm) and made as many contacts in sports as I could. My time outside the classroom was far more important than the hours inside it. (Sorry to any of my former professors reading this!)

I have zero regrets. College was crucial for me. However, it certainly WAS NOT the “best years of my life.” I would have been pretty damn disappointed if the decades since hadn’t been far more fulfilling, rewarding, and happier than my time as an 18-22 year old.

Another thing to remember: what people my age paid in tuition is a small fraction of today’s costs. College has skyrocketed in price.

I wanted to be self sufficient, and not ask my mom to pay for school. I got a small scholarship (academic… definitely NOT athletic) to the same college my parents went to for undergrad, the University of Colorado. Then I took out a small student loan. That was all I needed. Those part time jobs brought in enough to live (cheaply) on!

Today, that plan would never work. Like many, I would’ve been forced to take out huge loans and carried debt over many years. These days, concerns about costs and the return on that massive investment are happening like never before. And if they aren’t happening, they should be.

For the fortunate, the issue may not be money. It might be motivation.

I’ve spent a lot of time on college campuses, covering sports for more than 30 years. I love listening to college age people (athletes and non-athletes). I have given talks to many classes and have truly enjoyed mentoring young people who ask for it. I typically learn plenty from them, too.

But I listen to so many students who are struggling, or floundering. They aren’t fulfilling their own potential or tapping into the possibilities of the college experience. Some seem like spectators to their own education.

Instead, they should be their OWN driving force. Some tell me they don’t have a clear sense of their “Why” or their purpose.

The young guests in these two episodes will provide some interesting thoughts on how they have grappled with and overcome the challenges college life presents.